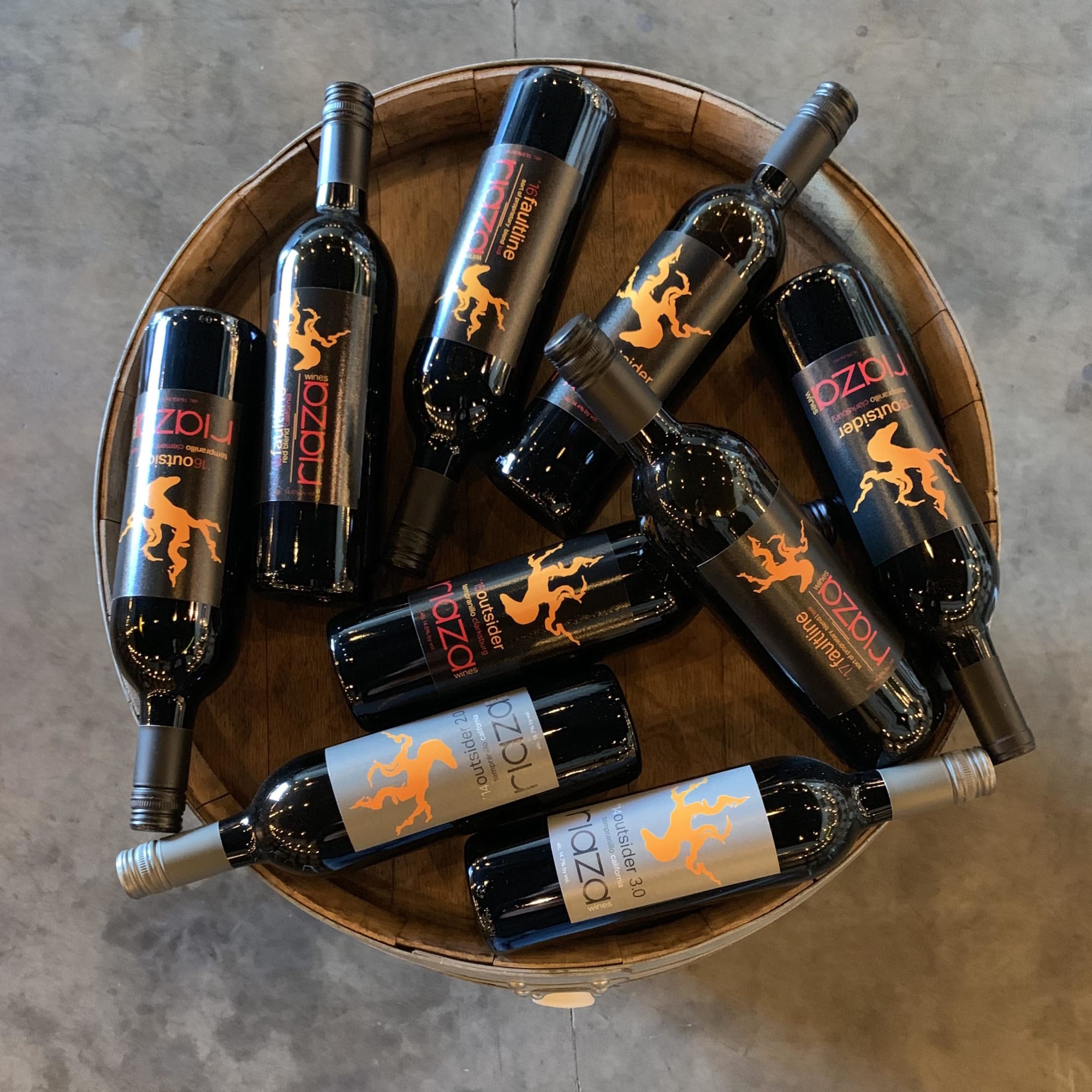 Damn fine wine from the 209

Above all else, we are committed to making really good wine. That seems pretty obvious right… we are a winery after all! Our goal is to consistently create high-quality, hand-crafted wines from distinctive vineyards in Lodi. In a lot of respects, that’s kind of our mission statement… and one that we are absolutely, fundamentally passionate about.

Give the gift of Riaza Wines. Add a personalized gift note to any of our wines during checkout!

In the summer of 2008, we (she's Erin and I'm Rick) were sitting around the table with family – having just finished a particularly tasty run in with the barbeque. Watching the sun set and enjoying a final glass of wine (it’s unclear how many glasses came before), someone asked an interesting question, “Why don’t you start your own winery?” Feeling overconfident in my abilities (did I mention that we'd been drinking wine), I responded with "What's stopping us...let's do it!" Believe it or not, that conversation planted the seed for what would eventually become Riaza Wines.

But before we get into that, here's a little more of the back story. Erin's a local and found wine long before I did. Not that she started drinking at an early age or anything like that...it's just that I'm from Ohio...and well let's just say that wine's not a big deal back there. It wasn't until I moved to California that I started to understand why people were so into it. I had the opportunity to spend some time checking out a lot of the smaller wine regions in the area...drinking some really nice wine and getting to know some pretty incredible people. Then I met Erin and it was all down-hill from there (just kidding). For the better part of a year, we spent part of nearly every weekend doing something related to wine. To be fair, that mostly involved drinking it...but more on that later.

As our new "hobby" started to occupy more and more of our closet space at home, it was becoming clear that we were mildy obsessed with this wine thing. The more time we spent talking with and getting to know winemakers from small, family-owned labels, the more we wanted to dip our toe in the water. Beyond the wine and the people, we really started to gain a genuine appreciation for the importance of place. We had our favorite regions that we loved to explore (it should come as no surprise that wineries in Lodi, Clarksburg and the Sierra Foothills were programmed into the GPS) and always looked forward to reconnecting with old friends and making new ones.

Then a funny thing happened...we went to Spain for the first time. Our mild obsession quickly turned into a passion for all things wine. It's hard to say with any real certainty when it happened (maybe in the tiny town of Riaza) but you can pretty much guarantee that we were drinking wine when it did! So when our friend asked the question in 2008, it wasn't a stretch to think that maybe we could pull it off.

Follow Riaza Wines to stay up to date with our new arrivals, bundles and promos.