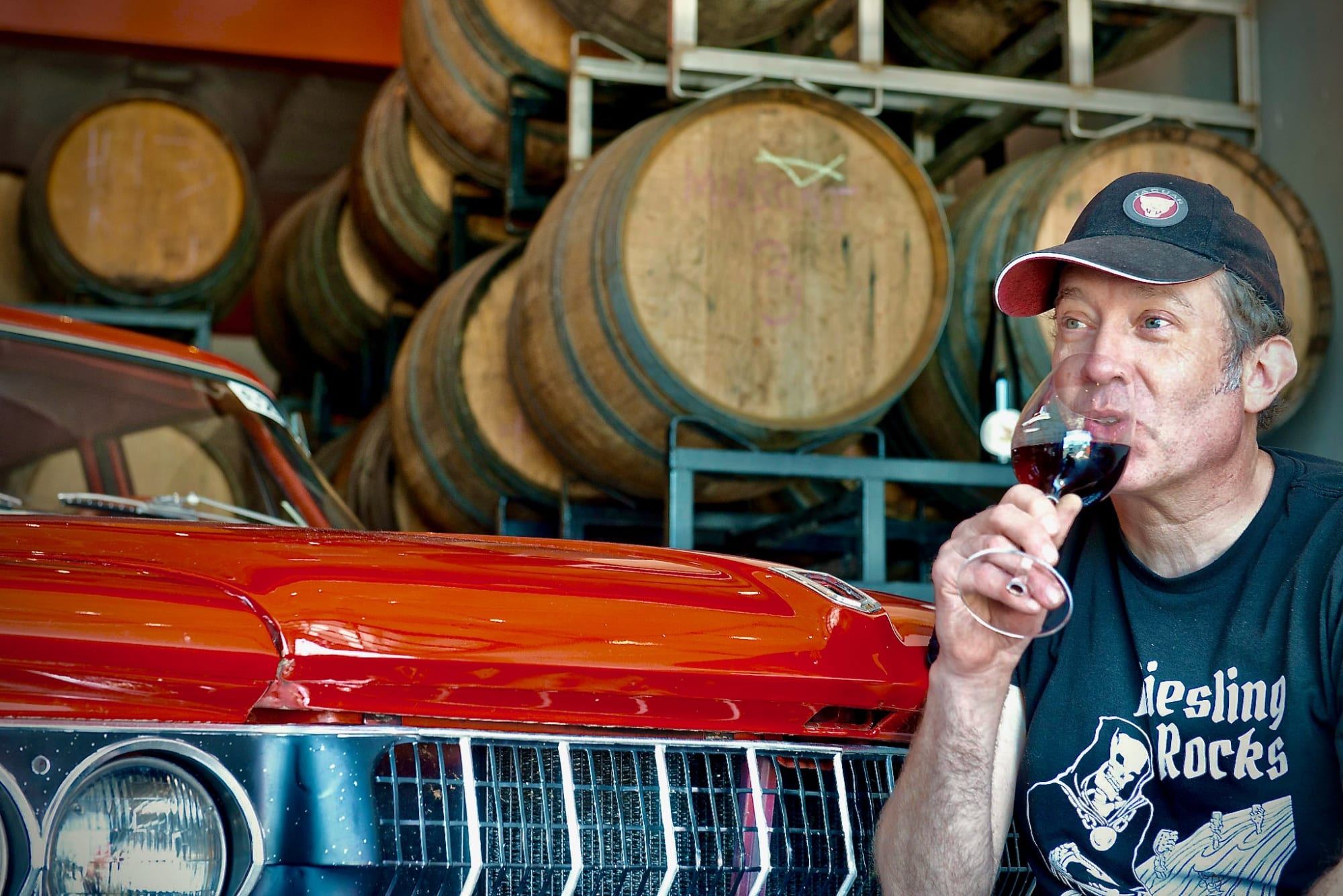 Teutonic Wine Co., is a small production winery in Oregon. Our wines are German and Alsatian in style, made with grapes from cool-climate sites. Our flagship Pinot Noir is made from our own vineyard located in Alsea, OR, 22 miles from coast.

Give the gift of Teutonic Wine Company. Add a personalized gift note to any of our wines during checkout!

Located in Portland, OR

One question we get asked the most is “How did Teutonic get started?” to which I say “It’s a long story. Do you want to hear it all?

Teutonic came to be with no real plan and neither of us had any experience in the wine industry. However, with Barnaby’s determination and a little luck, we were able to create a product and brand identity that is influenced by Barnaby’s inspiration and love of German Rieslings.


It was 2002 when Barnaby was the general manager and wine buyer at Papa Haydn restaurant, one of Portland’s favorite long-standing institutions. German wine importer, Ewald Moseler, brought 14 different Rieslings he imported from the Middle Mosel, for Barnaby to taste. This was Barnaby’s Ah-ha moment. He was so blown away by how each Riesling tasted so different from one another, considering that they were from the same region and the same variety. The terroir in the Mosel is composed mostly from slate, rocks and very little dirt. There are several different slate colors and each one produces a different flavor profile for the grapes. There is blue, red and grey slate, each with its unique flavor palate. Depending on which slate composition the vines grow on, their varying tastes can be dramatic. Barnaby bought all fourteen Rieslings for his wine list, creating Portland’s most extensive German wine program. That evening he came home and announced to me, “I’m going to need to quit my job so I can learn how to make wines that inspire me like these Rieslings from Germany.”

What our community says

"I was so excited when Vinebase announced they were partnering with Teutonic! They make some of my favorite minimal intervention, terroir driven wines. I just know you’re going to love them."